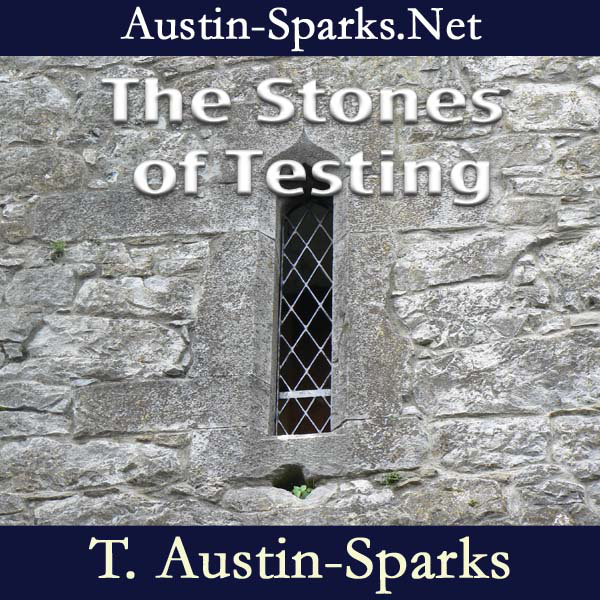 The Stones of Testing

"Twelve men were chosen and twelve stones were placed here and twelve there, while we know that in the symbolism of numbers twelve means government (well not stay with that aspect) twelve is always representation of the Lords people. And the Lord does choose amongst His people those who know something deeper of the death and [might] of the resurrection, whove gone in and come out with a testimony on their shoulders - a representative company. Its His will for all of His people of course, but there are those whove got to stand for the people of God in this matter, carrying the burden of this testimony for the people of God, that all in looking may see what God wants concerning them and see it in these."

The Stones of Testing  [20 minutes]