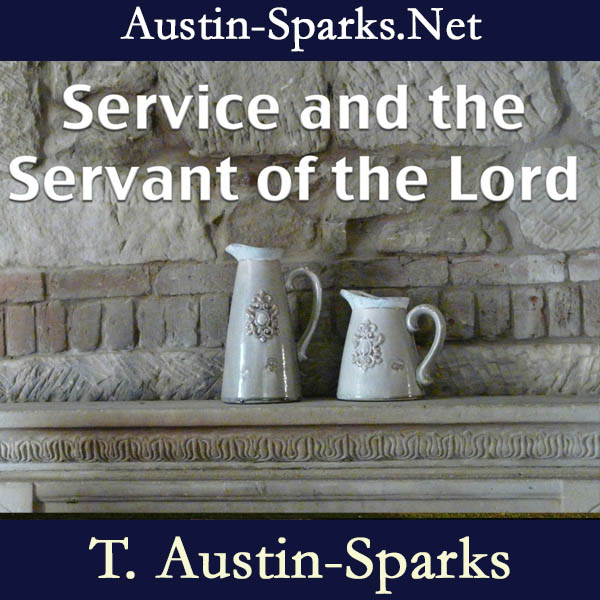 Service and the Servant of the Lord

"There is a vast amount of what is called, "The Work of the Lord" or service for the Lord, which is not getting there and which is not going through to God's end and achieving His purpose, and will be exposed at the end as having missed the way. A vast amount. A great deal is on a purely and merely personality basis. Well, much could be said like that, and there's a great deal going up in smoke, so don't be deceived, and don't make any mistake: I am not talking about "working for the Lord" in what is commonly and generally called "The Lord's work", "The Lord's service". I am occupied and concerned with what is true service to God, the real nature of what is service to God."

Part 4 - The Heavenly Vision of the Servant  [63 minutes]

Part 7 - The Servant as a Threshing Instrument  [50 minutes]