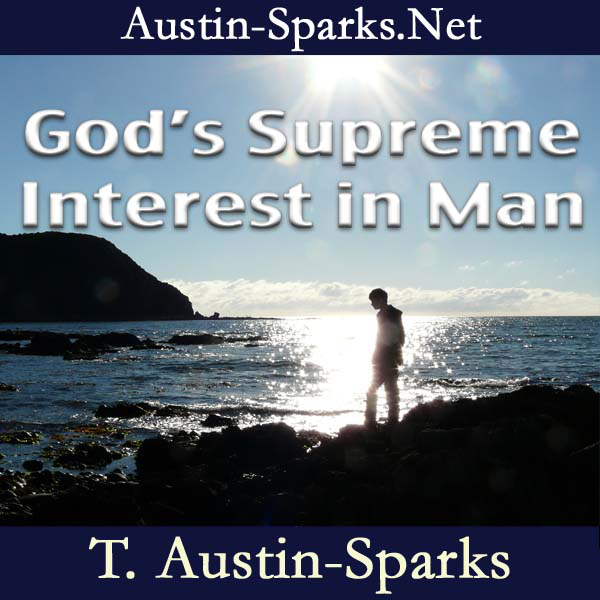 "It is man that God is after, not things, not systems, not orders, but man. He is after human life, He has come to get it, to redeem it, to make it again. It is our humanity upon which He has focused His attention. It is there that we should find so much help in the explanation of His dealings with us. What is it, what is He up to and after in His attention upon us? His attention to us, but what is He up to, and what is He after? Well, He is after a humanity, a man, a human life to be the expression of Himself, His own Image, 'renewed after the image of Him'. That is the explanation."