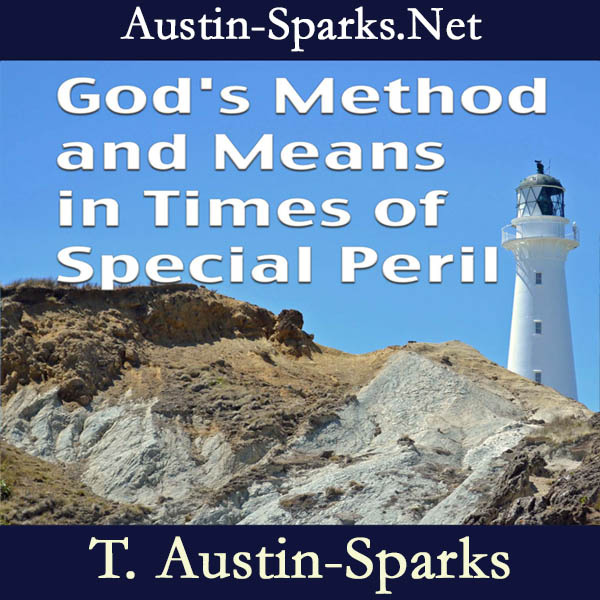 God's Method and Means in Times of Special Peril

"The burden that has been on my heart for some time in relation to this time, is Gods Method and Means in Times of Special Peril - how God meets particular perils at particular times. There are such times in every connection, the Bible contains many times of particular and peculiar peril in the life of the people of God and shows us how God moved to meet the situation at such times. And there are such times in the life of the Lords people continually, times when things have come to a turning point, a crisis. That is true in the history of the church again and again, even since New Testament times, and it is true in the life of any company of the Lords people locally when, for some reason, the situation is critical. A turning point has been reached. And at such times it is very important to know how the Lord would meet such situations and such need. That is in general what we are going to be occupied with at this time."

Part 5 - The Spiritual Basis of Everything  [58 minutes]