In the medical world this malady is described as "a condition of weakness and exhaustion of the nervous system, giving rise to various forms of mental and bodily inefficiency. The term covers an ill-defined, motley group of symptoms, which may be either general and the expression of derangement of the entire system, or local, limited to certain organs."

There is an almost appalling amount of this complaint about today, and a terrible prevalence amongst Christian workers. This is significant of a number of spiritual faults, to which we shall refer presently.

Before we deal with the spiritual side, it might be well and helpful if we said just a word about the natural in itself. This is one of those troubles which are so closely related to the mind that it forms peculiarly fruitful ground for the enemy.

For instance, apart from any spiritual factors, such as suffer from neurasthenia are subject to much depression, "low-spirits," and despondency. Inability to perform the ordinary amount of mental work; loss of power of fixed attention - thus, a row of figures cannot be added up correctly; the dictating or writing of a few letters is a source of worry; petty details are a painful effort. Sleeplessness is often a characteristic, not always. Sometimes sensations of pain, usually localised, are present - a joint, a muscle, a sinew, a limb, the skin, the eyes, etc., sometimes marked vertigo, almost like meningitis. Certain other peculiar symptoms of this malady are specially interesting as they come so near to what also characterises supernatural or demoniacal cases.

For instance, in some cases there is a malicious delight in making people who are happier uncomfortable or miserable. Then a well-known symptom is the presence of a second something. When the mind is occupied - or straining to be occupied - with one thing, another thing or presence is shadowing the mental consciousness like a spectre. Then again the intrusion of uncontrollable thoughts, thoughts foreign to the normal life - and often the moral make-up - of the patient cause intense distress. The desire to rush away and escape from everyone is very common, and the tendency to fling oneself down in despair is common in this realm. Indeed the symptoms are legion and vary with the degree or particular form of the complaint. We have only mentioned this much because it is possible to carry into the spiritual realm that which is not specifically spiritual, and either relate to the Lord or to the enemy that which may be just the infirmity of this body of corruption. At least it is as well that we recognise this, and know that our case is in common understanding amongst those who know, and a very general element of this trouble is that the patient always feels that they are completely misunderstood by all.

When this distressing condition comes within the circle of God's people the enemy is especially active to give to it spiritual implications. What terrible distress there is abroad because of inability to concentrate the mind in prayer at once! What suffering because of depression which has been interpreted by the "accuser" as being the result of sin, thus setting up a false condemnation! What ravages by reason of that other presence being given a sinister appearance, as though the evil one had been given a right over one! What anguish because of those foreign thoughts! What lost assurance of salvation; sense of being beyond pardon; questioning the whole truth and reality of the Christian faith etc., etc.!

Where shall we begin to help such afflicted ones?

First of all let us say to all the Lord's people that in this realm we have one of the most serious warnings against living the Christian life in the realm of the soul instead of in the spirit. It would seem that the enemy would facilitate such "Christianity" to a tremendous degree. The mental, emotional, and volitional engrossment in "spiritual" things apart from or beyond a true Holy Spirit energising will bring its own Nemesis, and the end may be despair.

Thus we would say that what is truly of the Spirit abides and stands when all the realm of the soul (psychical nature) and body breaks down and contradicts.

Have you been truly born from above? Have you been obedient to the heavenly vision: to the light as you have had it? In failure and fall have you repentantly confessed, and done what could be done to bring forth fruit meet for repentance? Have you appealed to the efficacy of the Blood of Jesus Christ, God's Son? Have you kept short accounts with God when convicted of wrong? Then take your stand in your spirit, even against your own "soul" and body if needs be, and against all hell. Stand you upon the fact that He in Whom you have put your trust is "greater than our faith."

Then, one word more here. Keep your eyes outside. Refuse introspection, dwelling upon yourself, your condition, your feelings, your symptoms. Look not for hope in yourself. Seek no virtue in your own heart. Cease to expect any good of yourself, but remember that He is your righteousness, your surety, your acceptance with God, your merit, your Intercessor. 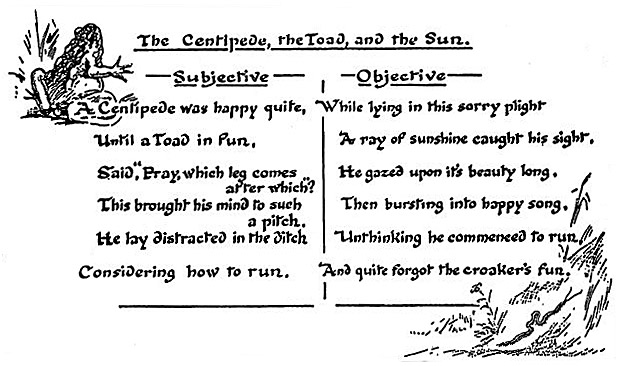